Need for Speed Wiki
Register
Don't have an account?
Sign In
Advertisement
in: Vehicles, Cars, Subaru,
and 12 more

The Impreza 2.5 RS appears in Need for Speed: Underground and is unlocked in Underground Mode event 22.

Compared to the Mitsubishi Lancer ES and other cars in the game, the Impreza 2.5 RS has competitive handling. Its acceleration is somewhat underwhelming, but it is capable of reaching a moderate top speed.

The Subaru Impreza 2.5 RS can be found in the game files of Need for Speed: Underground 2 with vinyl, manufacturer, and secondary logo textures referencing the car. 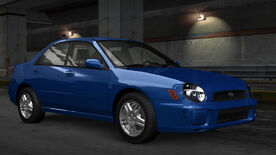