Need for Speed Wiki
Register
Don't have an account?
Sign In
Advertisement
in: Vehicles, Cars, Subaru,
and 30 more

Production started in 2008. The GR was initially offered only as a hatchback, featuring larger fenders than seen in the previous generation models.

Thanks to a larger intercooler, higher turbo boost (14.9 psi), and the new Active Valve Control System (AVCS), which controls both intake and exhaust values, the GR is capable of better road performance than its predecessors.

The WRX STI underwent a facelift for the 2011 model year.

Nitrous boost is the most lacking trait, but it compensated by quick acceleration. It can outrun most B class cars including the Mazda RX-8 in Drag events.

It also has responsive handling and sufficient traction at any speed because of its AWD system. Its stock top speed is 161 mph (259 km/h). The SpeedBoost variant hits 189 mph (305 km/h) as top speed.

It is one of the best in-game cash purchasable vehicles because of its driving traits, which makes it useful for any game mode. However, it may be less effective against A class vehicles, since these cars usually have more power.

The All-Terrain style is an art director car that costs

The All-Terrain style is an art director car that costs

The Impreza WRX STI appears in Need for Speed: Hot Pursuit (2010) as a Sports Series racer vehicle, and as an SCPD Traffic Police unit.

The WRX STI has a notable acceleration, pursuit durability and good steering, making it one of the best cars in the Sports/Traffic Police category.

The Impreza WRX STI appears in Need for Speed: The Run as a Sports class car.

It made a brief appearance in the "Run for the Hills" gameplay trailer released on July 27, 2011.[1] and its inclusion was revealed by the official Need for Speed website on September 1, 2011.

The stock Impreza WRX STI is unlocked upon the player beating 6 Autolog recommendations.

The Need for Speed Edition Impreza WRX STI is unlocked upon the player beating 10 Solo Objectives in the "NFS Racing" Playlist.

The Impreza WRX STI appears in Need for Speed: Hot Pursuit Remastered as a car tier 1 vehicle available to cops and racers. 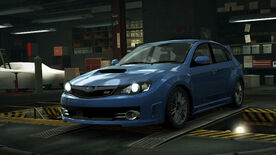 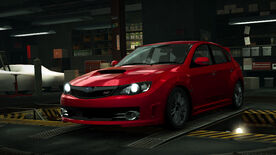 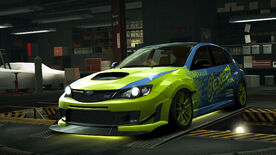 Need for Speed: World
(All Terrain) 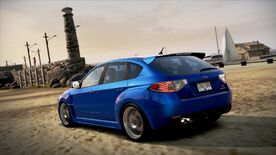 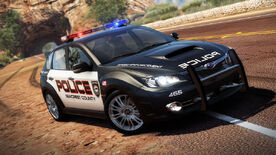 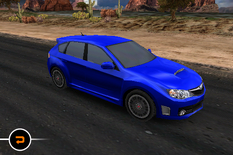 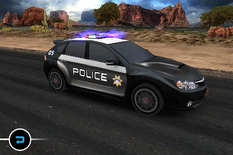 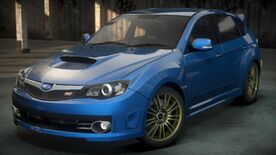 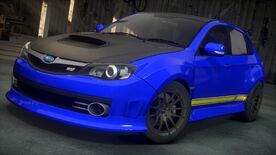 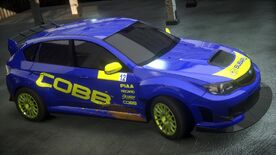 Need for Speed: The Run
("Scoundrel")