Need for Speed Wiki
Register
Don't have an account?
Sign In
Advertisement
in: Vehicles, 2010s, Tesla,
and 10 more

The Model S Prototype was officially unveiled in June 2008 at the Frankfurt Motor Show.

In June 2012, the first generation of the Model S sedan officially went on sale followed by Tesla introduced the 'D' models, which stood for dual motors, in late 2013.

In 2013, Tesla won various awards including 'World Green Car of the year', 'Car of the Century', and 'Car of the Year'.

In 2016, Tesla introduced the second generation of the Model S, applied with a re-designed body for improved aerodynamic efficiency and to match the style of the recently released Model X.

The Model S 2013 appears in Need for Speed: Edge with an A class performance rating. 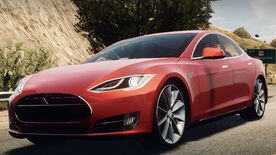 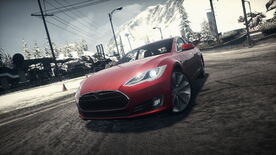