It was manufactured from 1989 to 1998 and underwent numerous facelifts within its production time.

The Toyota MR2 appears in Need for Speed: Carbon as a Tuner class tier 2 vehicle and is unlocked via completing a reward card.

Besides the standard model, a custom MR2 with a body kit will be unlocked as well. Neither can be purchased in the career mode nor be customised by the player.

The MR2 is a contender for race tracks that favour handling over top speed, as it has a low top speed and slow acceleration, but formidable handling.

The Toyota MR2 also appears in Need for Speed Carbon: Own the City, where it is fully customisable and usable in the game's career mode. The player can already use an MR2 in their first race in the career mode before purchasing their starter car.

The MR2 is later unlocked upon defeating Poorboy in the PlayStation Portable release or Arjen in the Nintendo DS release. It is driven by Layla 2, one of the unlockable wingmen, and Sara at the start of the game.

The MR2 is considered as one of the fastest C class cars in the game due to an above average nitrous boost and low weight. This allows it to have a sharp steering feedback and overtake heavier cars with better acceleration. The MR2's acceleration is typical for C class, but does feel somewhat lacking in B class. Top speed is 165 mph (266 km/h).

The Gymkhana style is an art director car that costs 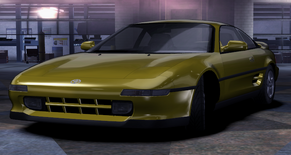 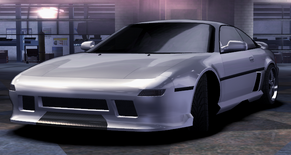 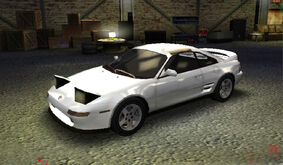 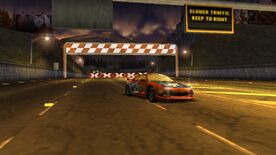 Need for Speed Carbon: Own the City
(Sara's) 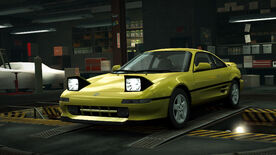 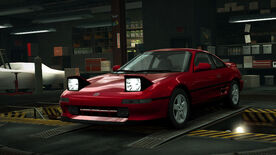 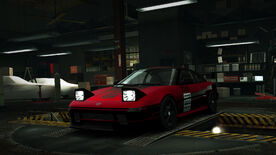 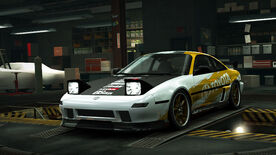 Need For Speed World
(B Spec)

Retrieved from "https://nfs.fandom.com/wiki/Toyota_MR2?oldid=140878"
Community content is available under CC-BY-SA unless otherwise noted.