The SZ-R was introduced as the highest specification level for the non-turbo variant of the Mk4 Supra. It was available with equipment that were standard for the turbocharged RZ and RZ-S models such as a 6-speed manual transmission since 1996 and an electronic suspension called "REAS" (Relative Absorber System).

The Toyota Supra received a model update in 1997, and production ceased for North American models in 1998.

The Supra SZ-R appeared in Motor City Online as one of two Japanese cars along with the Mitsubishi Eclipse GS-T in a later game update. It was featured with a non-OEM V8 engine.

The Supra SZ-R appears in Need for Speed: Underground, and is unlocked upon completing Underground Mode event 64.

The main strengths of the Supra are depicted to be top speed and acceleration, although with a few drawbacks in handling.

The Supra is unlocked upon completing URL event 6 during stage 3 of the career mode in Need for Speed: Underground 2.

The Supra reuses its performance traits from the original Underground title; at the slight expense of handling, the Supra is capable of a high stock top speed that can be also reached quickly.

The Supra SZ-R can be purchased for $52,000 in Need for Speed: Underground Rivals.

The Supra SZ-R can be purchased for 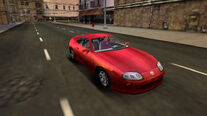 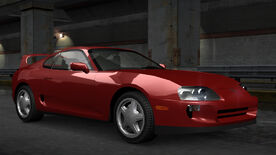 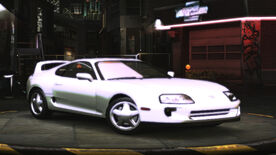 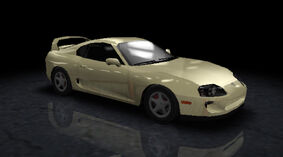 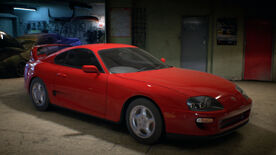 Retrieved from "https://nfs.fandom.com/wiki/Toyota_Supra_SZ-R_(Mk4)?oldid=143155"
Community content is available under CC-BY-SA unless otherwise noted.