Need for Speed Wiki
Register
Don't have an account?
Sign In
Advertisement
in: Vehicles, 1990s, Toyota,
and 31 more

The 1998 Toyota Supra Turbo (A80) is a coupe sports car manufactured by Toyota for export markets outside of Japan, and is the final model year sold in North America.

In the Japanese domestic market, it was sold from May 1993 to July 2002 with a twin-turbo induction for "GZ", "RZ", or "RZ-S" trims and without for the "SZ" or "SZ-R" trims, with revisions introduced in May 1996 creating a differentiation between "Series 1" and "Series 2" models, being only fitted to the final two model years in the North American market until August 1999.

The Supra appears in Need for Speed: Underground Rivals and can be purchased for $52,000.

The Supra appears in Need for Speed: Most Wanted.

The stock Supra is unlocked through the Career mode upon the player defeating Blacklist Rival #13: Victor "Vic" Vasquez.

Upon being unlocked, it can be purchased in the Career mode from a Car Lot for 40,000 cash, and it can be selected for customisation in My Cars.

Victor "Vic" Vasquez drives a customised Supra, which is made available as a Bonus car for use in Quick Race or multiplayer after he is defeated in the Career mode. It can not be selected for customisation in My Cars.

It can be added to the player's garage in the Career mode as a possible pink slip reward from one of three mystery Bonus Markers offered after defeating Blacklist Rival #13: Victor "Vic" Vasquez.

The tuned Supra is included with the Black Edition release and is available from the beginning as a Bonus car for use in Quick Race or multiplayer.

A custom Supra is offered in the Challenge Series and can be driven in two events:

Ronald "Ronnie" McCrea drives a customised Supra during the prologue of the Career mode. It can not be selected for customisation in My Cars.

The Supra appears in Need for Speed: Carbon as a tier 3 tuner class car.

It has quick acceleration and a high top speed. Its straight-line performance comes at a small cost of handling.

The stock Supra is unlocked for purchase in the Career mode depending on the player's chosen career path:

Once unlocked, it can be purchased from any Car Lot for 90,000 cash.

Sal drives a Supra as part of the crew in the tuner career path of the Career mode, if the player drives a tier 3 car.

The Supra appears in Need for Speed Carbon: Own the City, and is unlocked upon defeating Layla 3 in the PlayStation Portable release or upon defeating MK in the Nintendo DS release.

Compared to the fastest tier 2 vehicles, the Supra reached a notably lower top speed. The large turn radius and high weight prevented it from entering and exiting corners quickly. As part of an April 3, 2012 update, the Supra received a higher top speed of 180 mph (258 km/h) and a smaller turn radius, with the result of noticeably improved handling.

The best trait of the Supra is acceleration, which is among the best in Class C - similarly to the Nissan Skyline GT-R V-Spec. However, this comes at the expense of handling. Despite having a reworked steering, the Supra still relies on brakes under high-speed cornering, which is unproblematic with nimbler cars. Nevertheless, it is more responsive than most former tier 2 cars including the Skyline GT-R. Its nitrous boost gave a moderate boost in speed.

The Supra is best used in race tracks allowing the full use of acceleration. It is less effective in technical tracks when put against better handling cars. Its weight can be useful in pursuit events.

The "Cop" style is a Cop Edition that costs

The "Street Mod" style is a drag car that costs 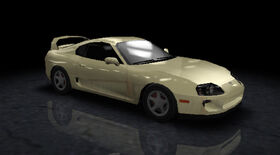 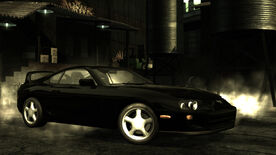 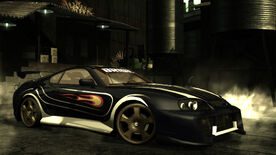 Need for Speed: Most Wanted
(Vic's) 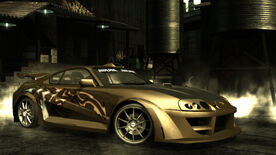 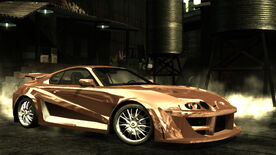 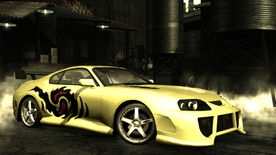 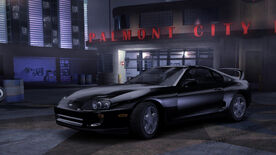 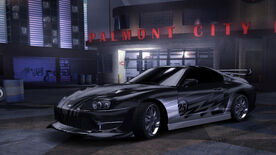 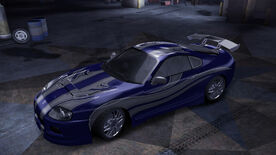 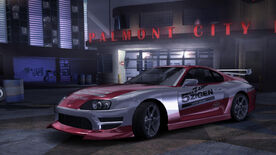 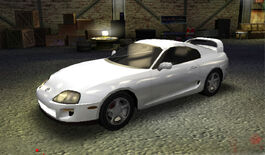 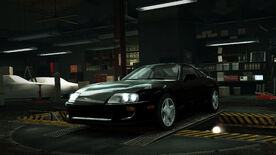 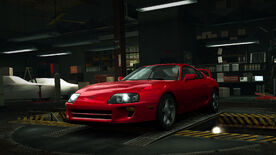 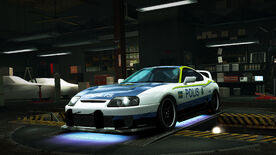 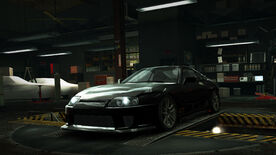 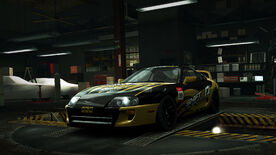 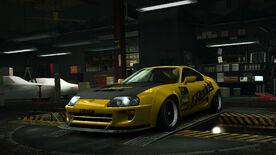