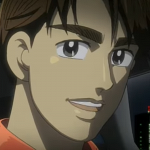 I'm usually playing games on my PS4 and PC, but I always enjoy talking about cars and certain cartoon shows.

I have a childhood friend who owns a blue and white Ford GT (2005), he and I drive together a lot in our supercars. His Ford GT was a birthday present from me, as that was HIS dream car. He and I always did all kinds of fun stuff together.

My first car was an ACS T2 modified Camaro SS (2009), based on the design from Transformers: Revenge of The Fallen.

Retrieved from "https://nfs.fandom.com/wiki/User:ExoticShadow?oldid=132926"
Community content is available under CC-BY-SA unless otherwise noted.