Need for Speed Wiki
Register
Don't have an account?
Sign In
Advertisement
in: Vehicles, 1960s, Volkswagen,
and 25 more
English

3-speed Manual
800 kg (1,764 lbs)
The 1963 Volkswagen Beetle, formally known as the Type 1 and affectionately nicknamed the Bug or Käfer in German, is a rear-engine economy car from Volkswagen which was produced from 1938 to 2003.

It was designed in 1931 by Ferdinand Porsche and Zündapp as "the people's car" under Adolf Hitler's orders, who envisioned a low-cost car to be used by the German public for Nazi Germany's Reichsautobahn road network, alongside similar mass market initiatives such as the Volksempfänger radio.

Local automotive manufacturers of the time were limited to luxury models, and as such, few people in Germany could afford anything bigger than a motorcycle. Due to World War II, civilian Beetles only began to be produced by the late 1940s; a number of KdF-Wagen were however made to be used by the Nazi elite. Over 21 million units were sold thanks to its affordability and reliability.

The last Beetle was assembled in Puebla, Mexico. This last Beetle, nicknamed "El Rey" (Spanish for "The King") after a legendary Mexican song by José Alfredo Jiménez, was delivered to the company's museum in Wolfsburg, Germany.

The Beetle appears as an AI controlled traffic vehicle in Need for Speed II, and it can be driven by the player upon entering a cheat code:

The Beetle can be purchased for $15,000 in Need for Speed: Nitro as a Family Class C car and is unlocked from the beginning. It is rated 2 in acceleration, handling, and drifting; and 1 in strength.

Omar, the top racer in Cairo, drives a Beetle in all of its Bronze Cup race events except for the Drift Challenge, Time Attack, and Speed Trap events. In addition, his Beetle can also be seen in his profile video.

Omar's Beetle can be unlocked as a collectable car for use in both Arcade Mode and Career Mode, once all stars are obtained in all Cairo Bronze Cup events.

The Beetle "Speedhunters" appears in Need for Speed: No Limits as part of the "Rogue Justice" update released on July 27, 2020, and was initially featured as part of the "Zero To Hero: Volkswagen Beetle" event that ran from August 8, 2020 to August 17, 2020.

The starting performance rating is 616.

The Beetle "Speedhunters" is a sports class car that requires 35 rare blueprints to unlock. The blueprints required to unlock the vehicle can be found from various sources:

The Volkswagen Beetle appears in Need for Speed: Payback as a Derelict. It was unveiled at EA Play as one of the four cars that could be customised in the demo.

It is a derelict car that can be built after finding all five of its parts. The rumour as to the location of its first part is unlocked upon completing the Mac: Shift-Lock questline in chapter 3 - City Lights.

The "Spring Bug" edition is unlocked upon successfully delivering it to Rav at his airfield during its rotation period as an abandoned car.

The Beetle '63 appears in Need for Speed: Heat following an article published[1][2] on August 19, 2019, revealing it to be part of the game's official car list, and appears in the NFS: Heat Studio app as part of container 9, which was released on October 15, 2019. 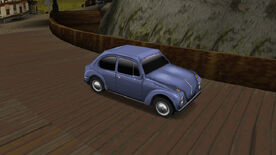 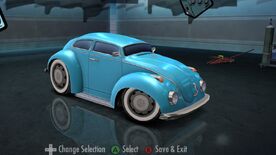 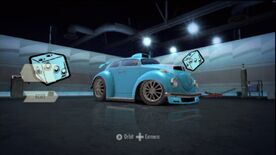 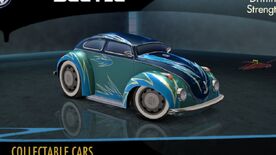 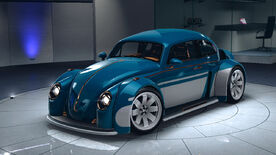 Need for Speed: No Limits
("Speedhunters") 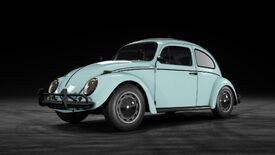 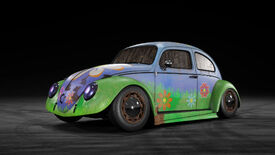 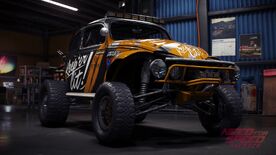 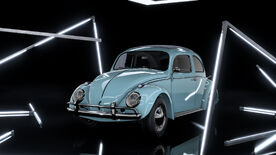 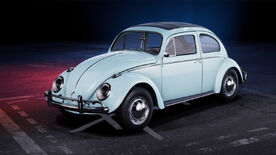