Need for Speed Wiki
Register
Don't have an account?
Sign In
Advertisement
in: Vehicles, 2010s, Volkswagen,
and 13 more
English

The second generation dropped the "New" prefix from its name and adopted a lower, wider, more aggressive when compared with its predecessor's fairly toy-like shape.

It is fitted with a two litre turbocharged diesel powered engine making 140 bhp and 236 ft-lbs of torque.

Sales of the Beetle are set to end with the 2019 model year.

The Beetle 2.0 TDI 2012 appears in Need for Speed: Edge with a B class performance rating. 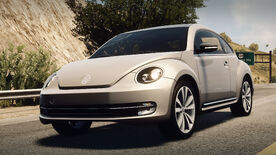 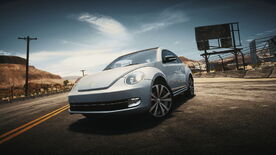