Need for Speed Wiki
Register
Don't have an account?
Sign In
Advertisement
in: Vehicles, Cars, Volkswagen,
and 12 more

Being powered by a 2.0 L OHC engine with 2 valves per cylinder, the 2.0 model was designed as an entry-level model of the GTI lineup.

The Volkswagen Golf GTI 2.0L appears in Need for Speed: Underground and is unlocked from the beginning of Underground Mode. It can be selected by the player as their first car in and can be bought for 8,000 in-game cash, making it the cheapest car players can choose from.

The Golf GTI has the slowest acceleration and the lowest top speed out of all starter cars, but makes it up with decent cornering performance. When fully upgraded, the GTI is capable of a high top speed and comes closer to most cars in terms of acceleration.

The Volkswagen Golf GTI 2.0L appears in Need for Speed: Underground Rivals and can be purchased for $22,000 . It is unlocked from the beginning of the game. 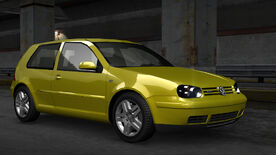 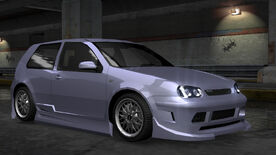 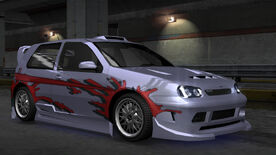 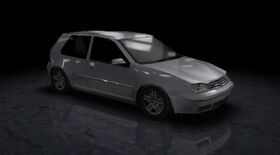