Need for Speed Wiki
Register
Don't have an account?
Sign In
Advertisement
in: Vehicles, 2010s, Volkswagen,
and 14 more

6-speed Manual
1,395 kg (3,075 lbs)
The 2016 Volkswagen Golf GTi Clubsport (Mk7) is a hatchback manufactured by Volkswagen and is a high performance model of the seventh generation Golf GTI.

Equipped with a unique aero kit and launch control, The Clubsport was made available to coincide with the Golf GTi's 40th anniversary with the 1st generation GTI entering production in 1976.

Additional improvements to the Clubsport include a power increase to 261 bhp from its 2-litre engine, and special decals to make any of the few thousand units that will be produced to stand out on the road.

The Golf GTI Clubsport appears in Need for Speed: Payback following images released on June 2, 2017, and was prominently featured as part of a customisation breakdown teaser.

It is unlocked for purchase from the off-road and race class dealerships upon completing two questlines in chapter 2 - Desert Winds.

A unique Platinum Golf GTI Clubsport is included with the Platinum Car Pack. It is unlocked for purchase from the race dealership upon completing chapter 1 - Ignition. 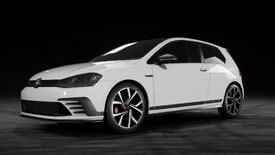 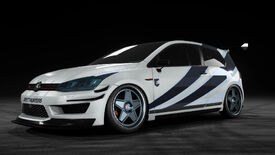 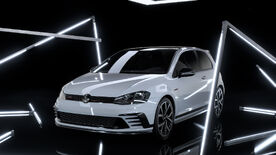 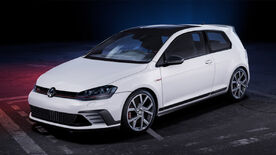