Need for Speed Wiki
Register
Don't have an account?
Sign In
Advertisement
in: Vehicles, 2000s, Volkswagen,
and 20 more

The first R32 was based on the Golf GTi (Mk4) and was initially designed as a limited production variant of the Golf. Thanks to high demand, Volkswagen opted for full-scale production of the R32.

The Mk5 R32 was the world's first production car to provide an option for a direct shift gearbox (DSG) automatic transmission.

In September 2005, the Golf Mk5 R32 entered production. The 3.2 litre VR6 was revised and received a mild power upgrade. As seen on the Mk4 R32, it utilises Volkswagen's 4MOTION all-wheel drive system.

The Golf R32 appears in Need for Speed: Carbon as a tier 2 tuner class car.

It is an all-rounder and a good handling, thanks to itss all-wheel drive. These traits can be useful on bendy tracks, however, it has slightly poor acceleration, and it handling can be quite twitchy.

The stock Golf R32 is unlocked for purchase in the Career mode depending on the player's chosen career path:

Once unlocked, it can be purchased from any Car Lot for 40,000 cash.

Sal drives a Golf R32 as part of the crew in the tuner career path of the Career mode, if the player drives a tier 2 car.

The Golf R32 appears in Need for Speed: ProStreet as a tier 2 car with a price tag of $32,000. It is unlocked upon dominating Showdown: Chicago race day.

With a series of upgrades, the Golf R32 is capable of reaching 198mph (318km/h). It has the worst acceleration out of every Tier 4 car, but compensates for this with good handling.

A R32 is driven by the first antagonist - Zack Maio - in the Job Palm Harbor Rally. After completing the job, the player can keep it as a pink slip car.

The Volkswagen R32 was made available in Need for Speed: World during the Taiwan restricted test session on October 14, 2009 as a tier 2 car. Since August 22, 2012, it has been featured as an E class car.

The R32 shows lacking cornering performance when compared to smaller E class cars such as the Nissan Silvia (S15). It is on the same level as the Mazda Mazdaspeed3 and somewhat better than the Volkswagen Scirocco in terms of handling.

The Scirocco on the other hand, possesses a better acceleration at the cost of a weaker nitrous boost and worse handling. The R32 boasts typical acceleration, a decent nitrous output and an impressive top speed of 139 mph (224 km/h), which is the highest among E class.

Players can use the R32 successfully in multiplayer matches against other E class cars. Because of a good durability, it is also effective in Pursuit Outrun and Team Escape events.

Before August 22nd, 2012, it could only be purchased if the player was at Driver Level 10 or above and cost

The Golf R32 2006 appears in Need for Speed: Edge with an A class performance rating. 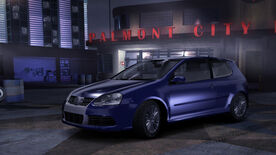 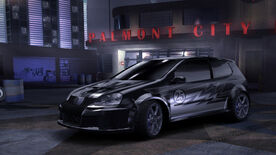 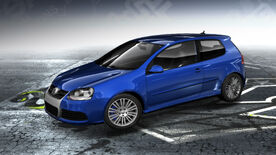 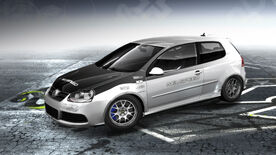 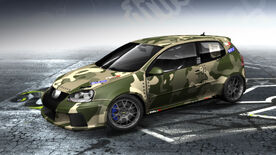 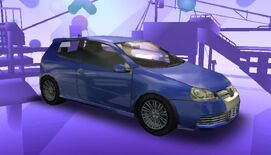 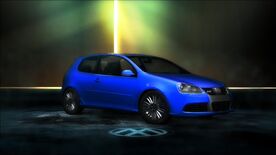 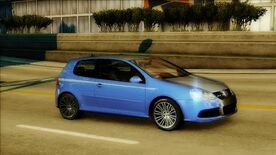 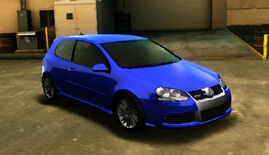 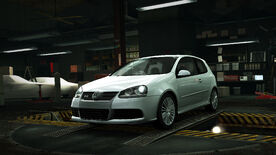 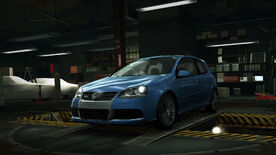 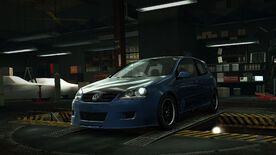 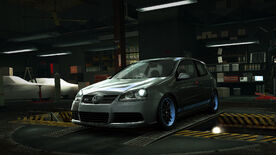 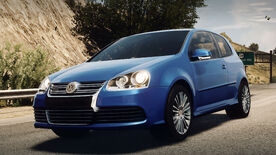