1350 kg (2976 lbs)
The Volkswagen Scirocco 2.0 TSI is a hatchback manufactured by Volkswagen. The Scirocco utilises a 2.0L TSI turbocharged inline-four engine, which produces 197 bhp at 5,100 rpm. Production started in 2008.

The Volkswagen Scirocco appears in Need for Speed: Undercover as an European tier 4 car with a price tag of $50,000.

It has a decent acceleration speed and handling, as well as a top speed in its stock form of 185 mph (298 km/h).

Zack drives a Scirocco with a black and orange colour scheme.

The Boss Car Bundle DLC features a special edition variant of the Scirocco that belongs to Zack. This variant has impressive acceleration for a tier 4 car as well as a top speed of 196 mph (316 km/h) but suffers from understeer in corners.

The Volkswagen Scirocco appears in Need for Speed: Shift as a tier 1 car with a price of $27,000 and 2.60 car rating, and is capable of a Works upgrade.

The Scirocco was made available in Need for Speed: World on May 14, 2010 during the fourth closed beta session as a tier 1 car. Since August 22, 2012, it has been featured as an E class car.

With stock performance, the Scirocco is capable of reaching a moderate top speed and an above average acceleration. It has a somewhat unresponsive steering due to its heavy mass. Its nitrous boost is among the weakest within E class.

On April 3, 2012 its performance was slightly improved as part of a patch. It has received a higher top speed (131 mph/211 km/h) and is slightly less prone to understeer than before. It has a similar handling to the Volkswagen Golf R32.

The Scirocco is best utilised in Pursuit Outrun and Team Escape. It has good power to compete in race events although it is easily outmatched by lighter rear-wheel drive cars such as the Nissan Silvia (S15) and the Nissan 200SX (S14) in corners.

Before August 22, 2012, it could only be purchased if the player was at Driver Level 5 or above and cost

The Exclusive style is a promotional car offered to players that pre-ordered a copy of Need for Speed: World through GameStop or Gamesload in Germany.

The Volkswagen Scirocco appears in Shift 2: Unleashed as a Modern Road car, that can be purchased for $18,600. It has a 2.93 handling rating and a performance index rating of D 260. 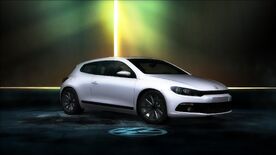 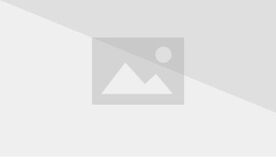 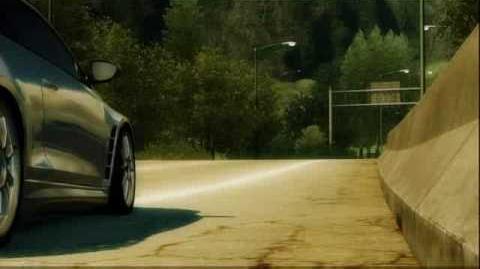 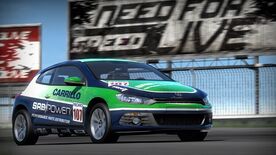 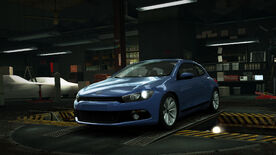 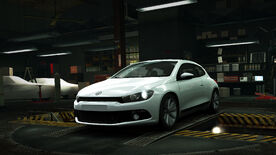 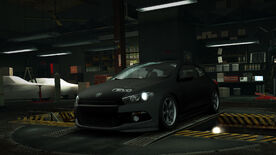 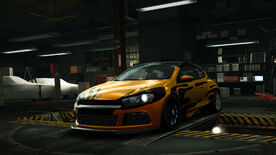 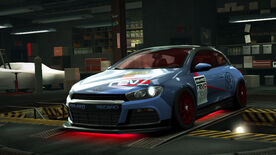 Retrieved from "https://nfs.fandom.com/wiki/Volkswagen_Scirocco?oldid=146753"
Community content is available under CC-BY-SA unless otherwise noted.