watch 04:21
Wiki Targeted (Games)
Do you like this video?
Play Sound

990 kg (2183 lbs)
Stub - Why not help by expanding this article with relevant information.

The Volkswagen Type 2 (T1) is a panelvan from Volkswagen. Production began in 1950 and lasted until 1976, when the last remaining production run in Brazil was terminated.

The Type 2 is mostly known from its popularity in the counterculture movement of the 1960s. It was available with a series of flat-four engines with a horsepower range between 24 and 51 hp.

The Type 2 appears in Need for Speed: Nitro as a class c family car.

It is one of the starter cars, and is the cheapest car in its range with a price of $5,000. It is notable for having a strength rating of 5 and a drift rating of 1.

Thiago, the top racer in Rio de Janeiro, drives a Type 2 in all of the location's Bronze Cup race events except for the Drift Challenge, Time Attack, and Speed Trap events.

Thiago's Type 2 can be unlocked as a collectable car for use in both Arcade Mode and Career Mode, once all stars are obtained in all Rio de Janeiro Bronze Cup events. 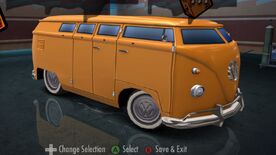 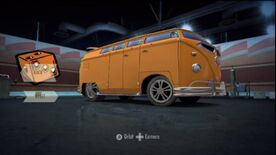 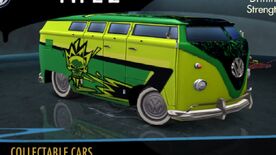 Retrieved from "https://nfs.fandom.com/wiki/Volkswagen_Type_2?oldid=140896"
Community content is available under CC-BY-SA unless otherwise noted.