Need for Speed Wiki
Register
Don't have an account?
Sign In
Advertisement
in: Vehicles, Cars, Traffic,
and 12 more

Unknown
Stub - Why not help by expanding this article with relevant information.

The Volvo 850 is a front-wheel drive station wagon manufactured by Swedish car company Volvo between 1992 to 1997. It features a 2.3 litre inline-five engine that produces 222 horsepower.

The Volvo 850 appears in Need for Speed II as a traffic vehicle, but can be driven by the player in the PC release of by entering "volvo" at the main menu.

The Volvo 850 appears in Need for Speed III: Hot Pursuit as a traffic vehicle, but can be driven by the player upon entering '"go15" in the PC release, and '"vovme" in the PlayStation release. 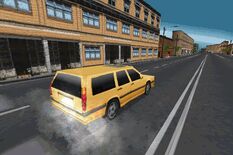 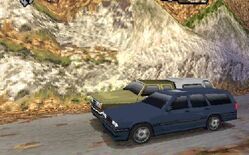