Shaw Madson
Wolf is a character that appears in Need for Speed: Carbon.

Wolf is the boss of T.F.K., an Exotic car crew based in Fortuna.

Wolf raced against all other main crew bosses and the player in Palmont when everyone with the exception of the player were ambushed and arrested by the Palmont Police Department.

The player is approached by Wolf in two short cutscenes after completing a race event within Fortuna and after taking over two territories within that area. If the player gains all territories of Fortuna, Wolf may be challenged by the player in a series of Boss Race events.

Wolf reappears as a crew member "motivated" to take down the player after Darius reorganises his crew. He can be encountered in the Paradise Hotel circuit and Deadfall Junction canyon duel events.

The player must race against Wolf, as well as Angie and Kenji in two race events before racing against Darius.

Wolf drives an Aston Martin DB9 during the first portion of the career, which can be obtained through his Boss Bonus Cards. After joining Stacked Deck, he will drive a Lamborghini Murciélago which cannot be obtained by the player.

Wolf and his Crew 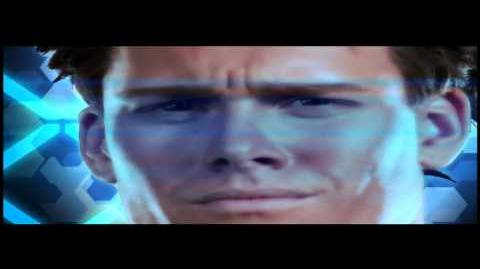 Retrieved from "https://nfs.fandom.com/wiki/Wolf?oldid=141560"
Community content is available under CC-BY-SA unless otherwise noted.